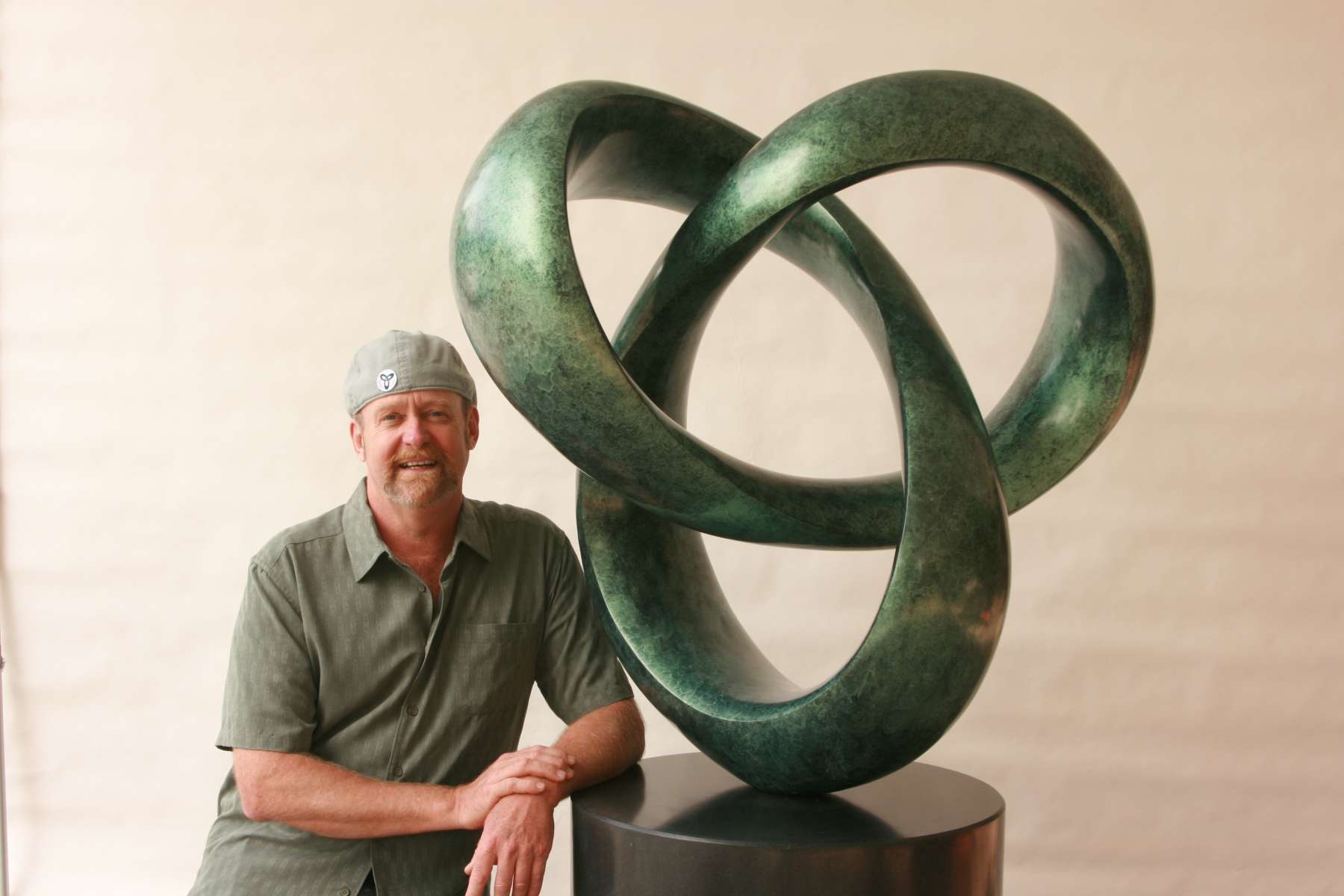 A native of California with a BFA from the Rhode Island School of Design, T Barny has been creating sculpture professionally for 4 decades. During his career, he has produced more than 1000 sculptures that range in size from one-foot-tall tabletop pieces to twelve-foot-tall corporate and public installations that can weigh upwards of 9 Tons in steel, bronze, wood, and water, though his curvilinear, Mobius-inspired stone sculptures are his most celebrated. His works have been shown in over 100 galleries in 18 countries worldwide and he has participated in more than 400 group and individual exhibitions. His sculptures are collected in 23 countries He has worked as an artist-in-residence in such locations as Greece and Italy, as well as several locations throughout the U.S., though the majority of his work is done from his home studio, the T Barny Gallery & Sculpture Gardens, in Healdsburg, California. It is his great love of stone as a medium that allows him to create serene and evocative works that continue to grow in their market presence and are increasingly sought after in both private and public arenas.