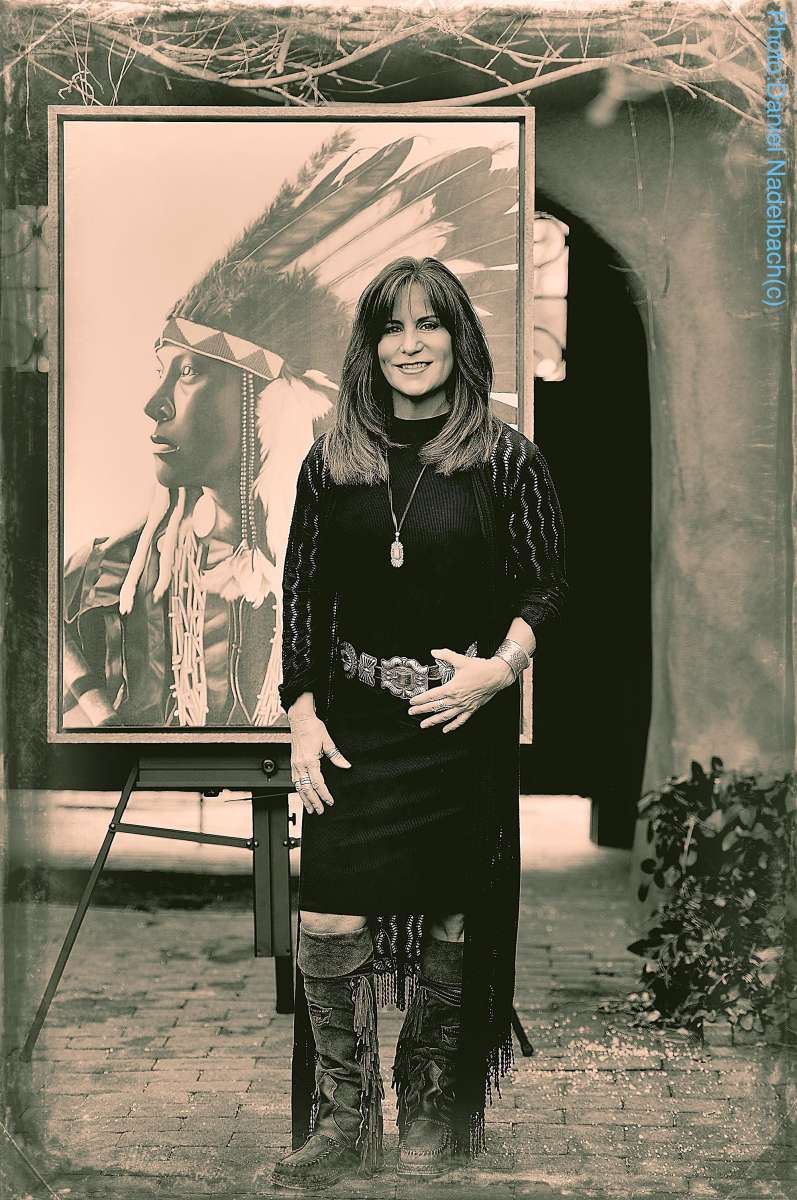 Born in 1964 in Beloit, Wisconsin, Kathleen’s early love of realism was influenced by such artists as James Bama and John Waterhouse. Mostly self-taught from an early age, she became proficient in black and white mediums preferring graphite, charcoal, and ink over paint. She gradually moved into color mediums working in color pencil then finally delving into acrylics and oils. As a portrait artist in her 20’s she did extensive commissioned work for clients focusing on people, pets, and equine art.
Kathleen divides her time between her studio in Cave Creek, AZ, Santa Fe, NM and her home in Wisconsin. At this stage of her life it’s about living in places that inspire her and painting the subjects that she is most passionate about. Her close ties to native people and culture, as well as her own Chippewa ancestry has given her the desire to create meaningful pieces depicting and teaching about the spiritual side of native people, southwest genre, and the animals and wildlife that are dearest to her heart. She currently has devoted many of her paintings as well as her time to raising money and awareness for the MMIWG (missing and murdered indigenous women and girls movement).