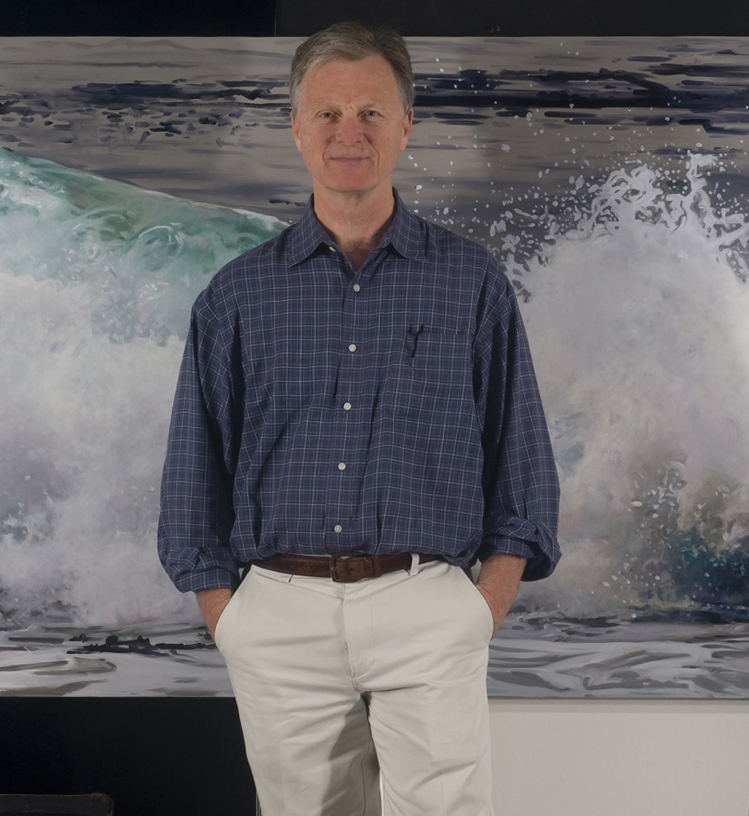 “Water is a natural necessity, it is also a powerful medium for understanding oneself. That is why we not only depend upon it, but are captivated by its beauty. In my latest piece ” Observing Ripples” I have been contemplating the fascinating new discoveries being made in the scientific field, particularly with the work of Kip Thorne, and his study of gravitational waves. His observations have given insight and understanding regarding Einstein’s General Theory of Relativity. As events have presented themselves in mathematics so they are observable in a general way to the casual observer, which by the way, is also beautifully demonstrated in the Golden Ratio in Nature observed by the mathematician Fibonacci. My original title for ” Observing Ripples” was “Providence”. Though the cause and effect in this medium can well be calculated, its origin can only be inferred, thus being providential in nature. All objects and events cause ripples or waves, either in the form of radiation or human affairs.”